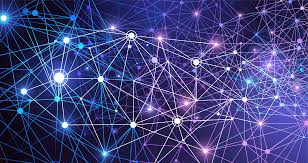 As graph database systems are adopted more developers will feel comfortable using a graph query language. Much as SQL systems found adoption on small devices (SQLite is the most installed DBMS in the world) devs could use graph databases on small devices with greater ability to represent and explore complex relationships using an easy to learn/use graph query language. An example openCypher query:

For an example of a more capable device implementation, consider: Android via NDK where a KV store can treat SD storage as it would a disk or use faster Android “internal” memory efficiently as contiguous RAM. On the other end of the spectrum there exist processors available for around 1 USD that have C/C++ development tools available. The goal is ubiquitous:relaxed:deployment.

While experimentation is encouraged now, an emphasis will be put on portability to the point of making embedding possible by abstracting byte order and solving performance issues etc. Unit and End To End testing will drive development.

Some major tools and components:

Note: bisonc++ and flexc++ are programs used to generate the parser and lexical scanner respectively. They generate the files identified below:

The Bash script genParser.bash invokes bisonc++ and flexc++ for generation of the parser and scanner but is only needed if updates are made to the files parser/grammar.y and scanner/lexer.